Seinäjoki cultural and administrative centre is based on two architectural competitions. Originally, the church buildings formed an independent complex, as it was not decided to locate the administrative and cultural buildings in close proximity to the church until five years later.

The first of the buildings to be completed was the Church of the Cross of the Plains in 1960, followed by the town hall (1962), the library (1965), the parish centre (1966) and the goverment office building built by the state in 1968. After Alvar Aalto’s death, design of the Seinäjoki centre was continued by his second wife, the architect Elissa Aalto. The theatre was completed in 1987 and paving of the square was finished the following year (1988). Because of its varied range of buildings and the fact that it was constructed in full, Seinäjoki cultural and administrative centre is the most representative example of Alvar Aalto’s city centres. There were many of these, but most of them remained on the drawing board. 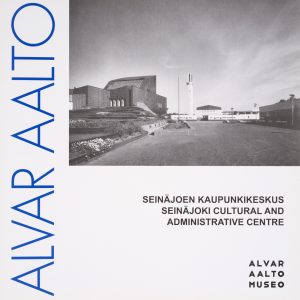