In 1954-1955 Alvar Aalto designed a studio building in the Munkkiniemi district of Helsinki, in order to ease the space problems in his office. At that time the office was located in the nearby house he had designed for himself and built in 1936. The need for space increased when Aalto’s office received commissions for a number of public buildings in the early 1950s. 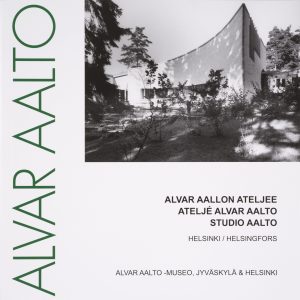