As a young architect in 1925, Alvar Aalto wrote, ”The only proper goal of architecture is: build naturally. Don’t overdo it. Don’t do anything without good reason. Everything superfluous turns ugly with time.” This requirement that Aalto set for architecture was beautifully realised in his own residential and office building which was completed in 1936. He sometimes compared his Riihitie to the old Finnish farmhouse, where a harmonious overall whole is created from simple materials and uncluttered, rather rough methods of buildings. The Riihitie house was in residential use until 1998, when it came into the ownership of the Alvar Aalto Foundation. 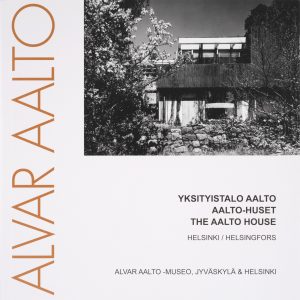 You're viewing: Architecture by Alvar Aalto 10: The Aalto house, Helsinki 10.00€
Add to cart