Isokon and the Bauhaus in Britain

The extraordinary story of Isokon, a groundbreaking Modernist building in London, and how its network of residents helped shape modern Britain.

In the mid-1930s, three giants of the international Modern movement, Bauhaus professors Walter Gropius, Marcel Breuer and László Moholy-Nagy, fled Nazi Germany and sought refuge in Hampstead in the most exciting new apartment block in Britain. The Isokon building was hugely influential in pioneering the concept of minimal living and during the mid-1930s and 1940s its flats, bar, dining club became a creative nexus for international artists, writers and thinkers. The tales in this book encompass not only the history of the building’s design but also war, sex, death, espionage and the infamous dinner parties held there. This is the fascinating story of the Isokon building, from its beginning to the present day, and the artistic networks and legacy of the Bauhaus artists who lived there. 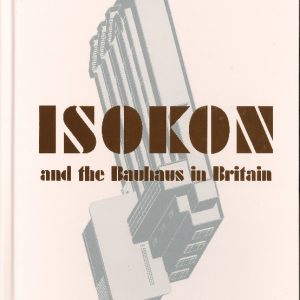 You're viewing: Isokon and the Bauhaus in Britain 24.65€
Add to cart