View cart “Architecture by Alvar Aalto 2: Alvar Aalto Library, Vyborg” has been added to your cart.

The Jyväskylä University campus is largely made up of the buildings designed by Alvar Aalto for the Jyväskylä College of Education, later the University of Jyväskylä, in the 1950s. The layout, based on the winning competition proposal, is derived from the American campus principle. 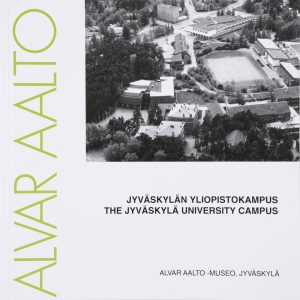 You're viewing: Architecture by Alvar Aalto 7: The Jyväskylä university campus 10.00€
Add to cart