The House of Culture (or Hall of Culture as it often referred to nowadays) was completed in 1958 and is of particular importance both in Aalto’s work and in Finnish cultural history as a whole. The building is one of the key works of Aalto’s red-brick period along with Säynätsalo Town hall, the National Pensions Institute, the Muuratsalo Experimental House and the University of Jyväskylä (formerly the Jyväskylä Pedagogical Institute). The building was erected mainly by volunteer labour and was at one and the same time a much-loved multipurpose centre, built as a base for the organisation, and a display of political power. 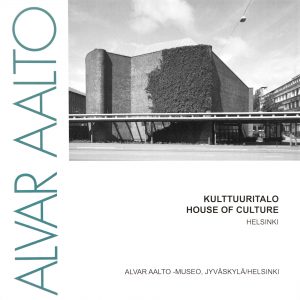 You're viewing: Architecture by Alvar Aalto 12: House of culture, Helsinki 10.00€
Add to cart