Volume 16 in a chronological series of monographs on buildings by Alvar Aalto.

Alvar Aalto designed the Jyväskylä College of Education, nowadays the University of Jyväskylä, as an addition to the campus area, following an invited competition held in 1951. Aalto was already familiar with the varied terrain of the lake-side town from his childhood and school years. In his plans the new buildings are situated amidst the existing buildings of the teacher seminary dating from the end of the 19th century. 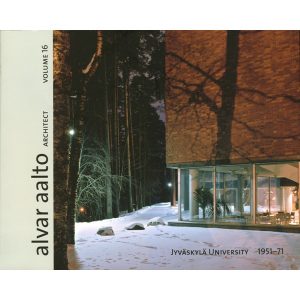