View cart “Research and Practice in Architecture” has been added to your cart.

Between 1927 and 1933, the Aalto family lived in Turku, in South-western coast of Finland. The location of the city granted swift connections with Sweden, Germany and other states facing the Baltic, which allowed Aalto to intensify relations with the most prominent European architects of the time. In 1929 Aalto-designed a building for Turun Sanomat news paper print, and this was the first example of a Functionalist building in Finland! 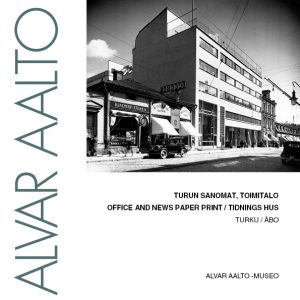